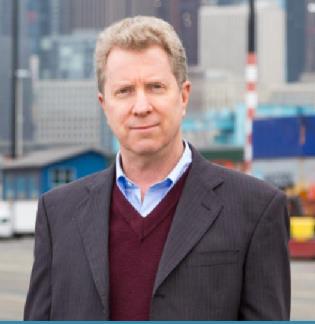 Steve Rothberg is the founding partner of Mercator International, a specialist consulting firm focused on the development and management of freight transportation infrastructure and operations.  He has led or participated in numerous port planning, development and/or acquisition projects on six continents for financial institutions, port authorities, terminal operators, and ocean carriers, and has worked in the intermodal and maritime transportation industries since 1978.

After receiving degrees in industrial engineering from Cornell University and in transportation systems engineering from MIT, Mr. Rothberg spent over four years in operations planning functions with the Southern Pacific Railroad, where he designed and helped implement the operating schedules for the industry’s first double stack trains.

Over the next five years, he worked for United States Steamship Lines and then United Airlines in marketing and corporate planning roles.  He then joined Sea-Land Service—first as Vice President of Finance and Planning for the carrier’s Pacific Division, then Vice President of Strategic Planning and Business Development and later promoted to run Sea-Land’s liner shipping, terminal, and logistics activities in Southeast Asia and Australia.

Following the acquisition in 2000 of Sea-Land’s international shipping activities by A.P. Moller/Maersk, he founded a maritime consulting firm, Mercator Transport Group, with two other former Sea-Land executives.  For the next five years, Mr. Rothberg and his partners completed commercial, operational, and financial assignments for ship lines, terminal operators, port authorities, exporters/importers, and financial institutions around the world.  One of Mercator’s clients, Macquarie Banking Group of Australia, acquired the firm at the end of 2005, and for the next three years, Mr. Rothberg served as the Senior Vice President of the Global Ports Group of Macquarie Capital Limited. In that role, he identified, evaluated, and executed equity investments in port terminals around the world, on behalf of twenty private infrastructure funds managed by Macquarie. Mr. Rothberg and his colleagues assisted five of these funds in investing over $1.4 billion cumulatively in 12 different terminals (including 2 green-field projects) in North America, Asia, and Europe and conducted due diligence on over 50 separate port operating companies and terminal joint ventures in countries on six different continents.