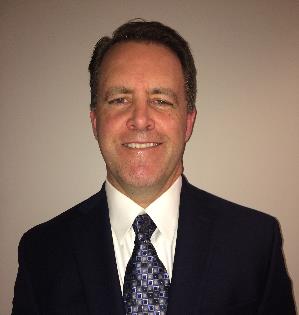 Hardy Pearson has been Senior Vice-President for the Midwest / Northeast for Hapag-Lloyd since January of 2016, residing in Lisle, IL. This Area covers 22 States and is one of the largest Areas globally for the company with an annual throughput of just under one million TEUs.

He started his career in Los Angeles with Australia-New Zealand Direct Line (ANZDL) in 1992 after graduating from University of California Los Angeles (UCLA) the same year with a degree in Economics/Business.  Hardy held various positions at ANZDL and during this time also earned a Master’s Degree in Business Administration from Pepperdine University.

He was the Vice-President of Operations and Customer Service and a member of ANZDL’s Global Executive Committee when CP Ships purchased the company and subsequently moved the U.S. Operations to Tampa, FL.

In 2006, CP Ships was acquired by Hapag-Lloyd and Hardy was heavily involved in the integration of the two companies in the Latin America Region.  Following the integration period, he took on the position at Hapag-Lloyd of Senior Vice-President of the Caribbean with responsibility for Central

PJ McGrath has held the position SVP Trade Management for Hapag-Lloyd since January of 2012, domiciled in Piscataway NJ. TP is an integral part Hapag Lloyds strategy and second largest of 8 round trip trades. Responsibilities include network of 18 ship systems handling over one and a half million TEU per annum.

PJ graduated Robert Morris University in 1991 with a double major in Marketing and Logistics.  After holding several positions with multiple domestic LTL trucking companies, he moved to an international shipping career with Hapag Lloyd in 1997.

From 1997 through 2006 PJ held various positions in Trade Management, Inside Sales and Area Marketing at Hapag Lloyd Americas.  In 2007, he moved to region Asia HQ in Singapore and over the span of 5 years held the positions of Trade Director for Trans Pacific, Latin America and Asia Europe trades.

Upon completion of his international assignment PJ was promoted to an executive position back in Region Americas as SVP Trade Management Trans Pacific / Oceania.  Hapag Lloyd has seen growth more than double the market rate over the course of the last five years.  We have re organized the department blueprint and expanded coverage with an Asia pricing team.  The TP trade is well positioned in advance of our merger with UASC for seamless integration and future expansion.